Stevia was historically used to sweeten tea by the Guarani tribe of South America.

Stevia was historically used to sweeten tea by the Guarani tribe of South America. For hundreds of years, native Brazilians and Paraguayans have also used the leaves of the plant as a sweetening agent. Europeans discovered stevia in the 16th century, whereas North American researchers began investigating its sweetening properties in the 20th century. Paraguayan botanist Moises Bertoni described the plant S. rebaudiana in the early 1900s. Glycosides responsible for the plant’s sweetness were discovered in 1931. Stevia extracts have been used for years in a few countries, including Japan and Paraguay, as a food and medicine. In December 2008, the US Food and Drug Administration recognized one of stevia’s glycosides, rebaudioside A, as generally safe for use as a general purpose sweetener, opening the door for marketing in the United States.

There are no reviews yet. 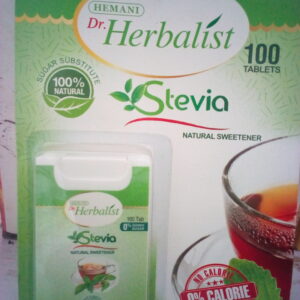 You're viewing: STEVIA TABLET (natural sweetener) ₦2000
Rated 0 out of 5
Add to cart
Sign in Create an Account
Lost your password?
Select the fields to be shown. Others will be hidden. Drag and drop to rearrange the order.
Click outside to hide the compare bar
Compare
Wishlist 0
Open wishlist page Continue shopping